Jessie is a spayed 4 year old old tyme. We were contacted by another rescue charity asking for help, Jessie was brought into them to be PTS because she wasn’t wanted anymore after she was left alone with a 10 week old puppy and killed it, she’s suffered abuse from adults and children and suffered horrific injuries in the past. They obviously said no but decided to find her a Rescue help instead.

Jessie has done the first part of her journey today and was collected by Alan Pound Rolls and passed onto Richard ( Rachel Davies son ) to travel to Georgina Hand in Nuneaton where’s she’s staying till Sunday to go to the North east to be fostered by Rachel.

The effort and people involved to save this girl today and another bully on their route has been phenomenal ! So tonight after being loved and cared for in the vets till we could get there she’s spending the first night of the start of her new life with us. Welcome to GB Jessie you will never be abandoned or abused ever again. 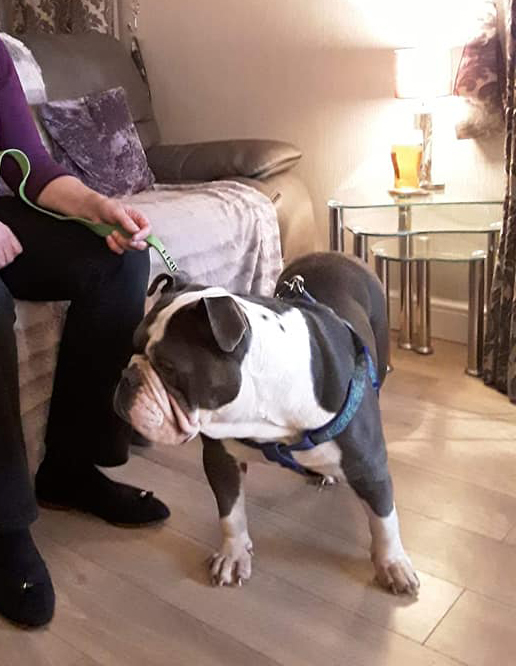 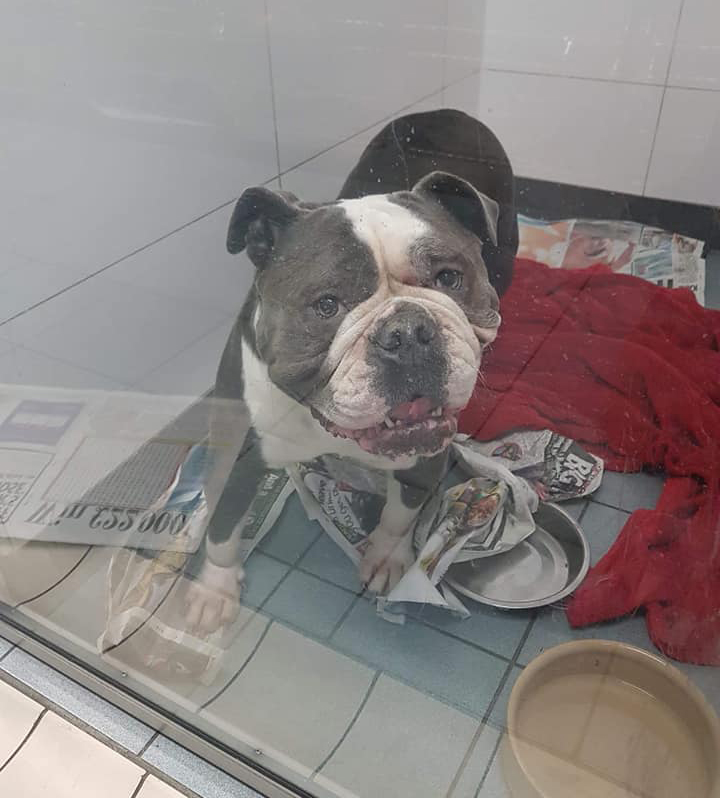 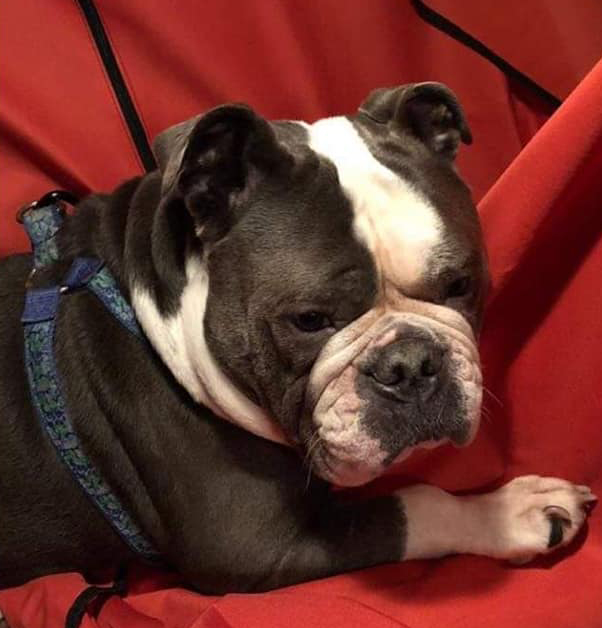 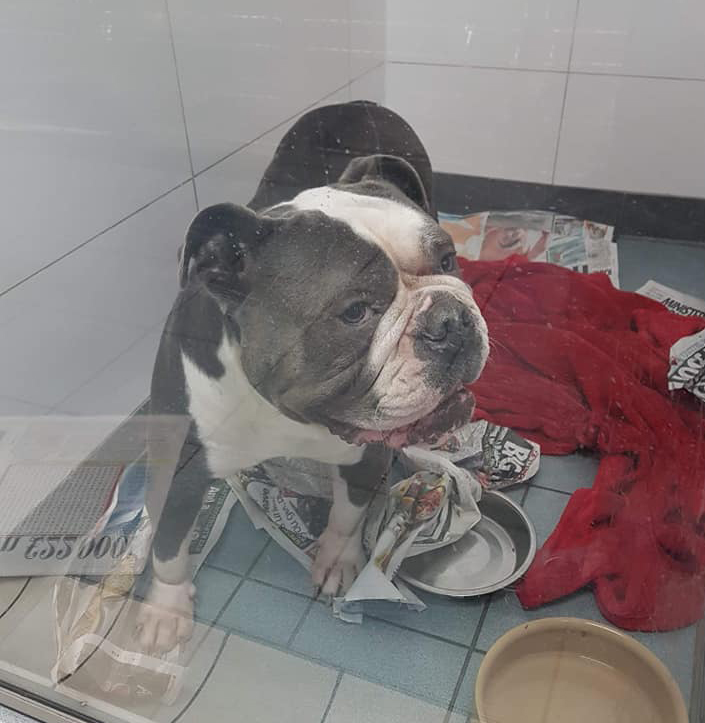